The best one before the M1.

As I’m back to travelling for work (prior to March 2020), the powerful 15inch Macbook Pro that I had has become the single heaviest item in my backpack. I love the machine - its fast, and the scaled 1920x1200 resolution keeps all the work within my view comfortably. At first I was thinking to buy a 12inch “Single port USB-C” Macbook to use solely for travel, but then I might end up spending for a machine I don’t use much. So I decided to live with a slightly less powerful machine, but with better portability and big enough screen to comfortably display my work. The mission, as I accepted, is to find a resonable price used/refurbished 2015 13inch Macbook Pro.

My search begin on local platform without good results. They were either not the spec I wanted (16GB RAM) or simply overpriced with sentimental value. Somehow, when casually browse through EBay one night I found just the right machine with 2.9Ghz i5 and 16GB of RAM - or precisely, half of it - a faulty Macbook Pro with working keyboard/trackpad and the rest of the topcase. The only downside was it is being sold as for repair/parts conditions with no return allowed. Based on pictures provided it looks clean and almost new that I had to try to buy it. In order to minimize the risk of waste of money, I submitted offer for even lower price and got accepted right away. 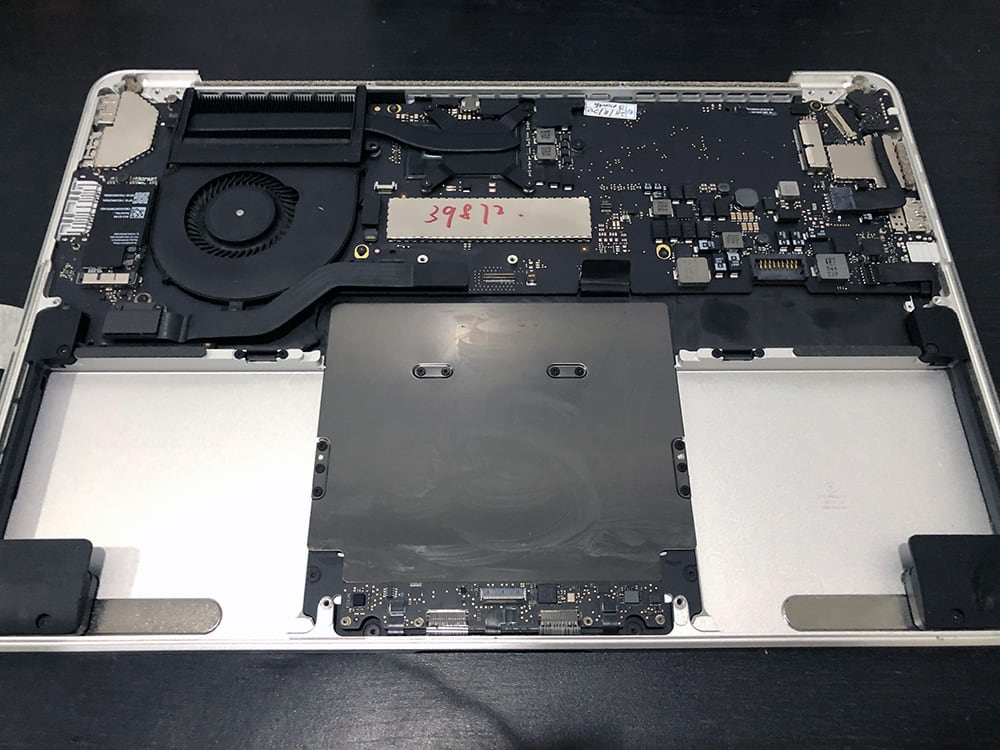 As clean as it can get.

Two weeks later, it safely delivered to my house. The first thing I do is punch the serial number to appleserialnumberinfo.com to verify the specs mention. Even I can basically do nothing at this point if I got scam - it will let me know if this Macbook has ever undergo “Illegal modifications (as Apple put it)”, as there are technicians who can now perform RAM and Processor upgrades on these kind of soldered Macbooks. 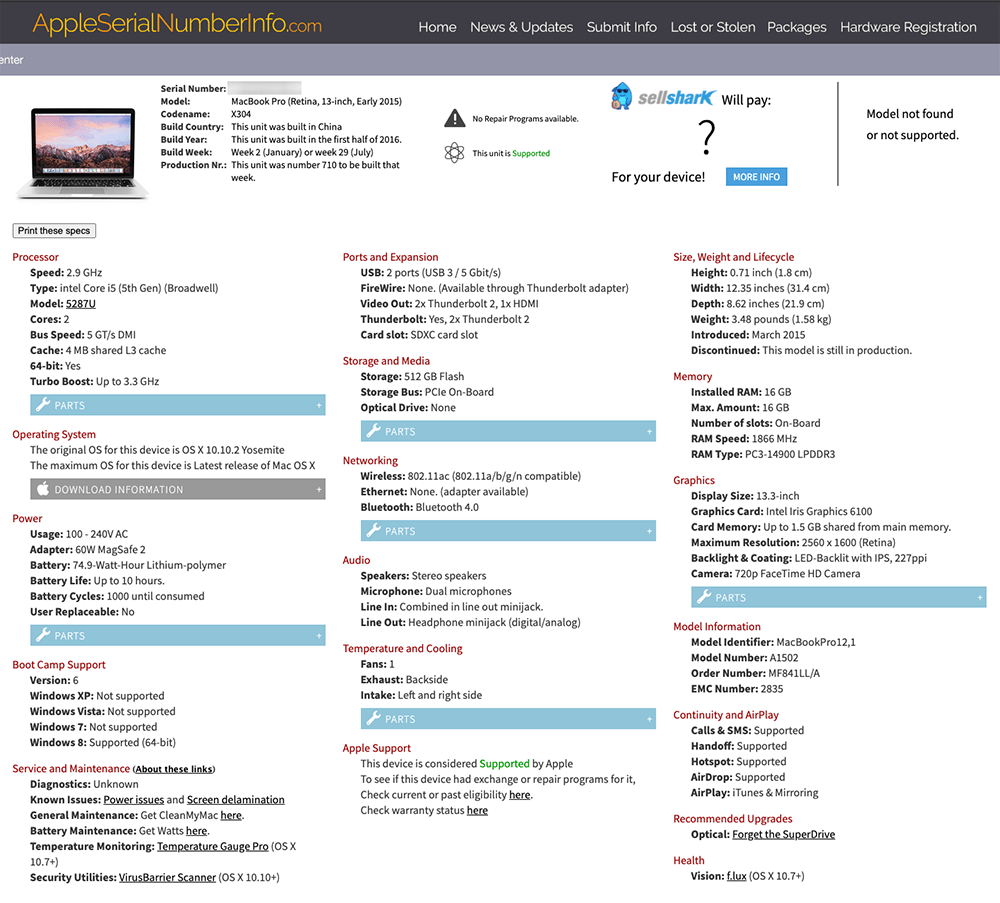 I was pleased to see that it all got checked out.

I had to put reparing the Macbook aside when my country enforced the first Movement Control Order (MCO) in order to fight Covid-19. I moved back to my hometown and took the 15inch with me. As I didn’t need to move around and will be fully working from home, I don’t have to carry it around so it was great. I spent the rest of MCO there until early June, where they relaxes the restriction a bit and allow people with permit to go to work.

The first thing that I need to do is to get the logic board fixed, because it won’t make any sense to proceed further if it can’t be repaired. The most expensive parts are the screen, which I found a replacement screen for 2016/2017 Macbook Pro is much cheaper than the 2015. I took the logic board to my technician who specialize in Mac repair, and found out later it had a damaged processor from contact with water. He was amazed by the cleaning job itself, because whoever done it does really well. The only thing that gives was the red contact point, which I failed to notice. Replacing the processor cost me as much as buying the logic board, as the 5th Gen “Broadwell” Intel processor wasn’t widely available compared to former architecture.

Fun fact : All 2015 Macbooks (13inch Macbook Pro, 13inch/11inch Macbook Air, 12inch “Single port USB-C” Macbook) and 2017 13inch Macbook Air were the only lineup to received the 5th Gen Intel “Broadwell” processor - the 2015 15inch Macbook Pro is still powered by the 4th Gen Intel “Haswell” architecture which also on the previous Late 2013/Mid 2014. The diferrent between those three generation are minimal - 2014 gets minor processor speed bump over 2013, and 2015 had double PCIE bandwidth, Force Touch Trackpad and Radeon GPU instead of Nvidia. Intel will soon discover they had to rely on 14nm process with bunch of ++++ and it just got worst with 6th Gen “Skylake” architecture, which led Apple to building their own silicon. Adding salt into the wound, AMD “Zen” architecture turned out to way better than expected. 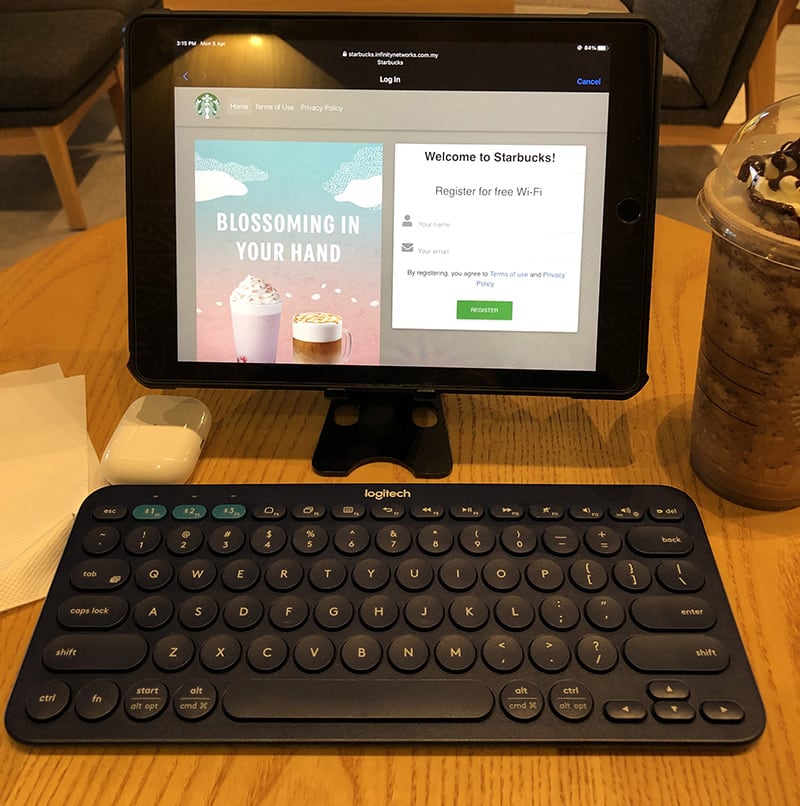 In a nutshell, this is a perfectly capable machine as long as you didn’t try to code on it.

After I get the logic board fixed, I quickly sold the 15inch Macbook Pro and use the money to buy the required parts to complete the build. Almost all parts except battery, had to be imported from oversea for much cheaper price than to outsource them locally. As the drawback is delivery time, I had to rely on my iPad Pro as working machine and actually surpised by amount of things that can be done with keyboard and mouse attached. 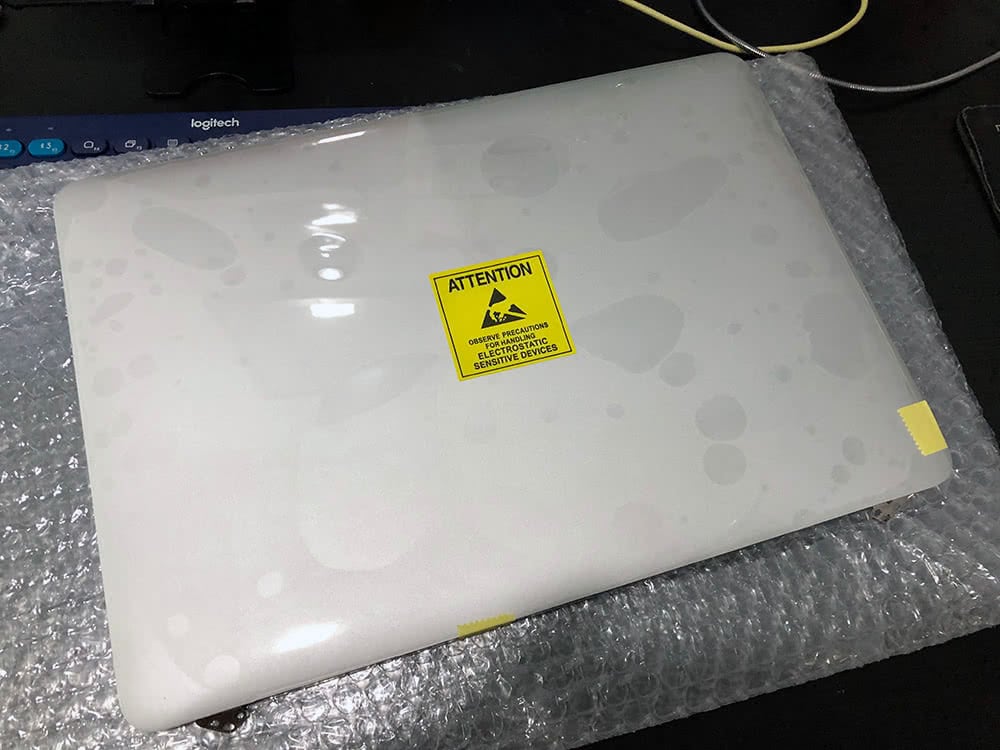 The first one to arrived is the most expensive part on the list. Although 2013 and 2014 Macbook Pro LCD are interchangeable, this does apply to 2015 model as it has different pin layout that won’t power on the backlight and had different Facetime camera connector. 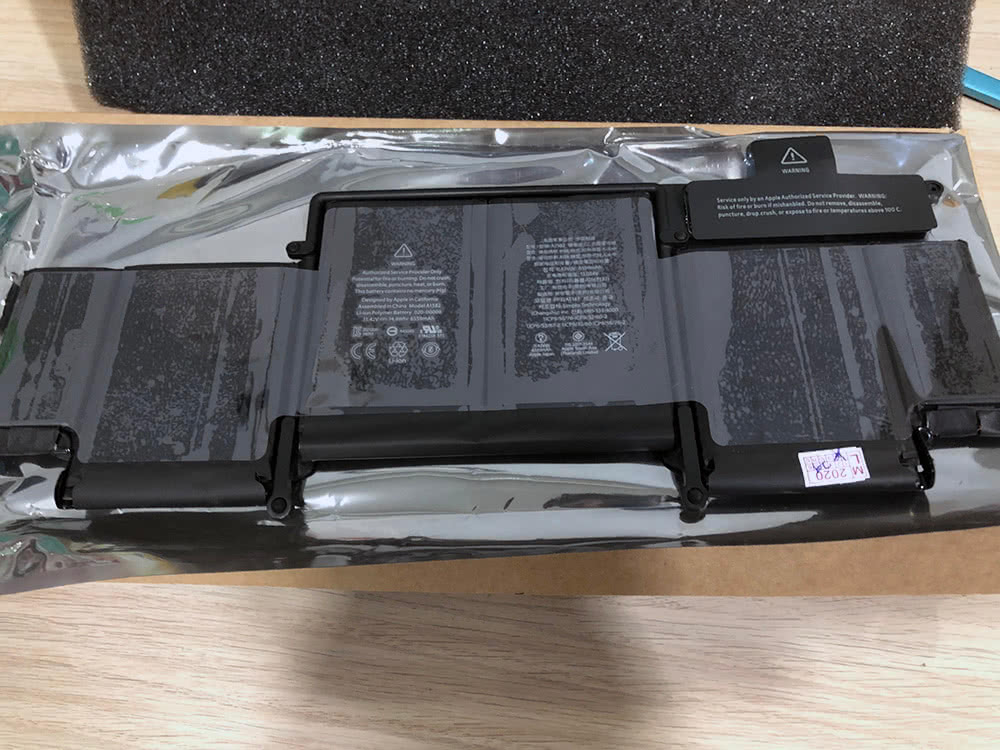 Then the battery arrived. Prior to this, I bought few battery oversea but they all turned out dead in just few months. Later I found a local supplier who sold almost original quality made with Panasonic battery cell. 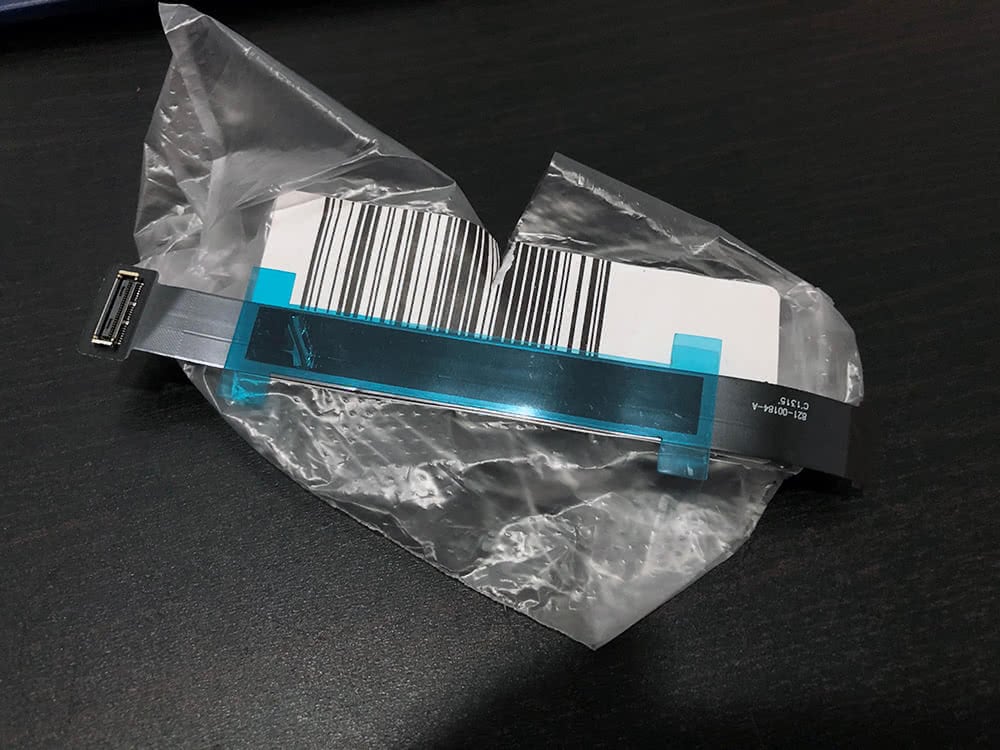 The cheapest part on the list - the Force Touch Trackpad connector. I had to import this one two as local retailer sold this for 3x as much. Meniaga style firaun. 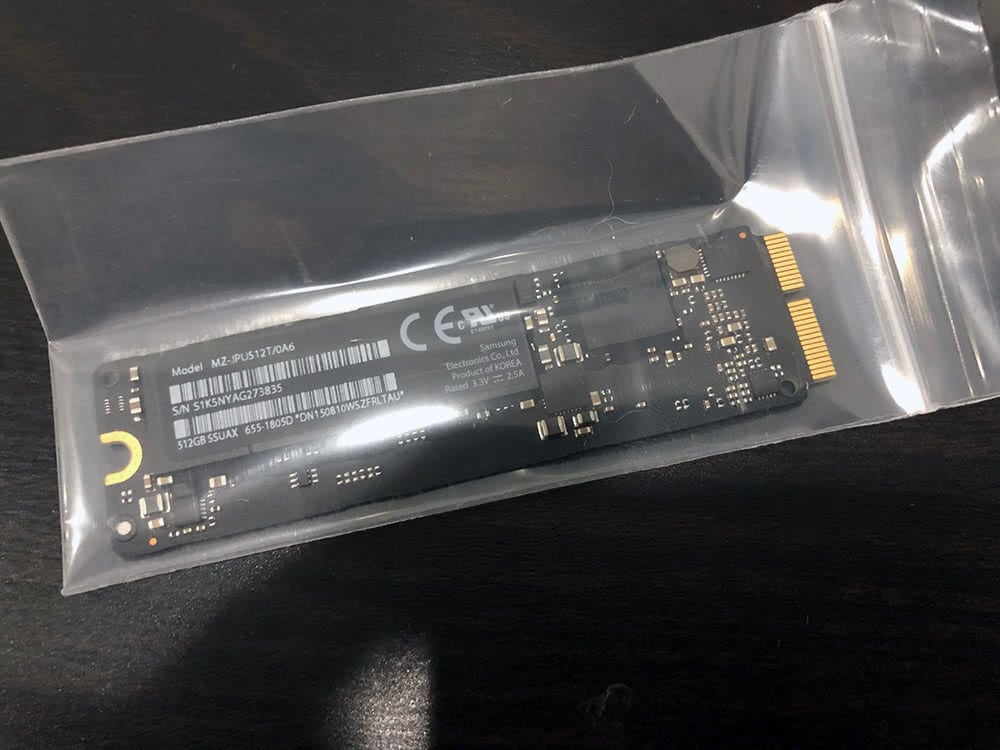 The last one to arrive - 512GB SSD that I bought from Ebay. I could’ve settle out for third-party NVME SSD, but power consumption and endurance rating won’t even matched to stock Apple SSD. 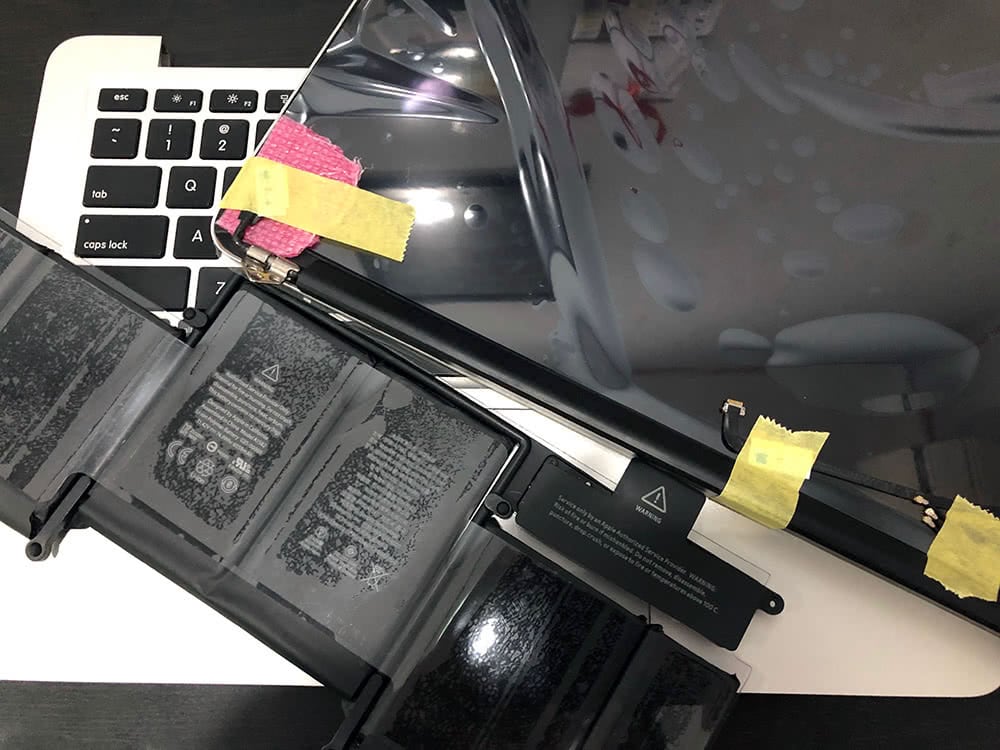 Now they are all here, I start by installing the screen first. Next was the battery, as this unit already come without battery, its just take out the adhesive and make sure its properly sit. Next, the SSD and done with putting the Force Touch connector. I finalized the whole assembly by putting Thermal Grizzly Kyronaut before screwing the bottom case off. The key secret when it comes to stuff like this is simple - make sure you have the correct tools and don’t try to cheat your way out. Take your time, as you can’t rush art. 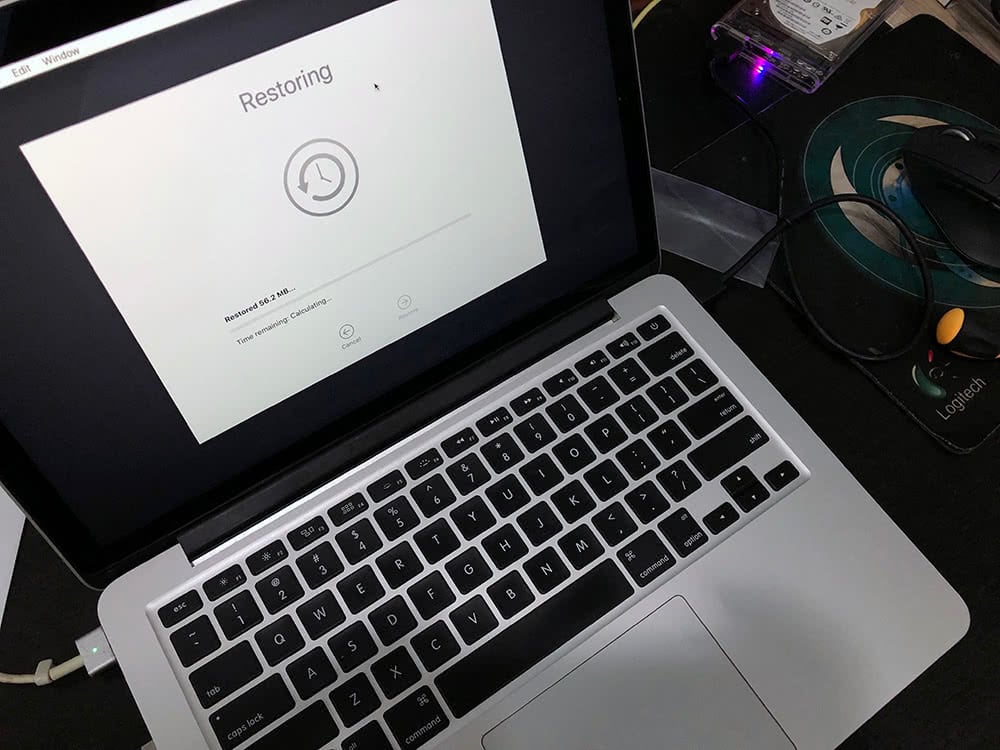 The last time I ever did a fresh installation on my Macbook was back in 2014. After that, I would just have it restore from Time Machine backup. I never encountered any stability issue so far, and this is the quickest way to get back to work rather than installing from scratch. Few hours later, I am back to where I was. 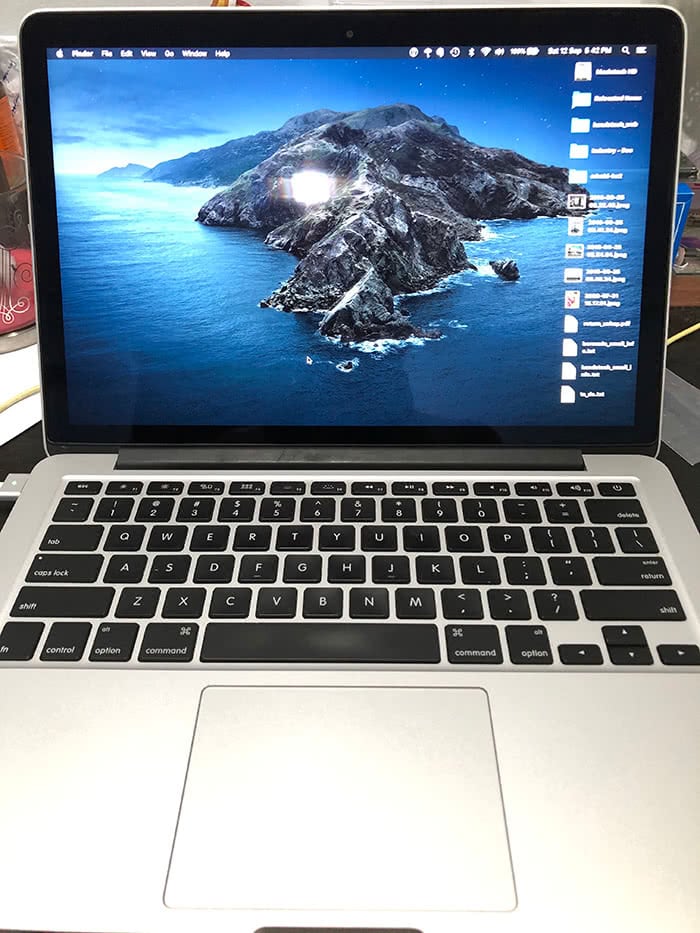 The portability over performance trade off seems a bit more than what I expected. It feels sluggish than Late 2013 I had from two years ago. I couldn’t even recall if my old machine has ever been this sluggish. Upon researching, it turned out to be performance penalty from Meltdown and Spectre vulnerability patch on MacOS without any way to disable it. Fortunately, after getting few macOS updates it gets better and more responsive than previous version. If you happen to own Macs affected by same vulnerabilities (2015 5th Gen Broadwell, 2016 6th Gen Skylake and 2017 7th Gen Kaby Lake architecture based Macs), it is important to keep your Mac up to date. Verify how badly you are affected with this script if you are handy with Terminal.

From what I learned based on building this Macbook, its never the most cost effective solution right from the start. It is actually much expensive than buying a complete used/refurbished working unit. But it gave me three things in the process :

1. The ability to calculate budget based on each part.
If I don’t have enough money to buy all the parts at once, I can buy part that I can afford for now instead. I can allocate my paycheck for the next part. And also I can decide if I want a new part or perhaps used parts.

2. The experience of building a Macbook.
Building a desktop computer is easy, you pick processor and mainboard, the rest is pretty much work accordingly based on how much you can spend. Building this Macbook, I can pretty much screw up if I bought LCD for Late 2013/Mid 2014 instead of 2015 since they shared the same A1502 model number. Research twice, buy once.

3. Maybe, a story worth telling.
Not everyone can say they built they own Macbook. In fairness, maybe all I did was just assembled it - same goes to every PC builders out there. Unless of course, if you can fabricate your own processor and design your own mainboard.