When I received my Macbook about a year ago, after turning it on and verified that it matches the spec that I bought I’d begin to perform a little hardware inspection. Its always fascinating when it comes to opening a Mac - its like dissecting an art, everything is beautifully laid out and pleasant to the eyes.

But since I bought this machine for work, it also mean if I need to do anything on the inside then it must be now. Gone were the days where I’d spend weekend maintaining my computer so it didn’t slowdown my workflow. There is nothing much I can do with modern Macs, but if there is one thing that I can do to make it even better then it would be replacing factory thermal grease with better solution.

I’ve been a fan of Coolermaster ever since I built my first computer, and really swear by it. Its an inexpensive solution that fixed almost majority of the problem due to thermal issue. Of course everyone has their millages, but for me its much easier to stick with Coolermaster rather than attempt to try any other brand to see small margin increase.

Then I discovered Thermal Grizzly Conductonaut - a liquid metal thermal compound that magically reduced the temperature of high performance processor by significant margin, if you applied it…correctly. I’ll get to that later.

When it comes to buying a thermal grease, the most important spec to look for is thermal conductivity performance which is rated by W/m.k (Watts per meter-Kelvin). As for example, Coolermaster MasterGel Pro is rated at 8 W/m.k. Lower number means lower price since its made from cheaper material. Unless specified otherwise, normally thermal grease is not electrically conductive.

Conductonaut, on the other hand, is rated at whopping 73 W/m.k. Its not a typo and yes, that is indeed a very big number not to consider. Its very thermal conductive and of course, electrically as well. The application process is not that scary - as long as the target area has been properly isolated and covered in case of spill (liquid metal did not dry or harden over time) and not using it on aluminium-based heatsink.

While there are some people has success story putting it on a laptop, I don’t think such a risk is worth the trade off. Fortunately, Thermal Grizzly does have safer alternative called Kryonaut. 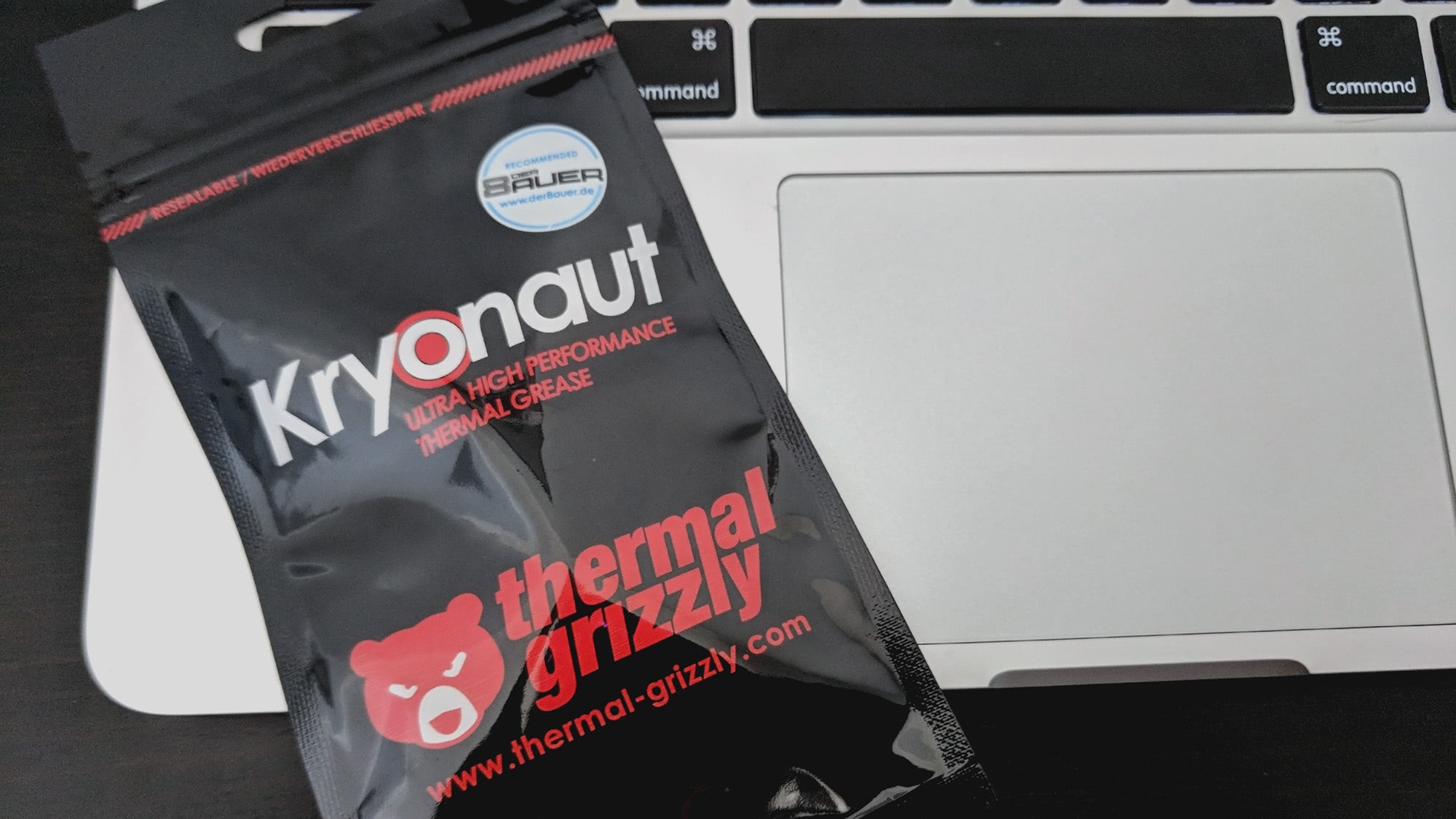 Rated at 12.5 W/m.k, it is definitely better than ThermalGel I used previously and offer better thermal conductivity performance than majority of thermal grease. While it price as same as ThermalGel, grease ratio amount is definitely smaller. Nevertheless with proper technique, its definitely suffice for multiple application. I’ve done the replacement on three laptops and still has plenty to go. 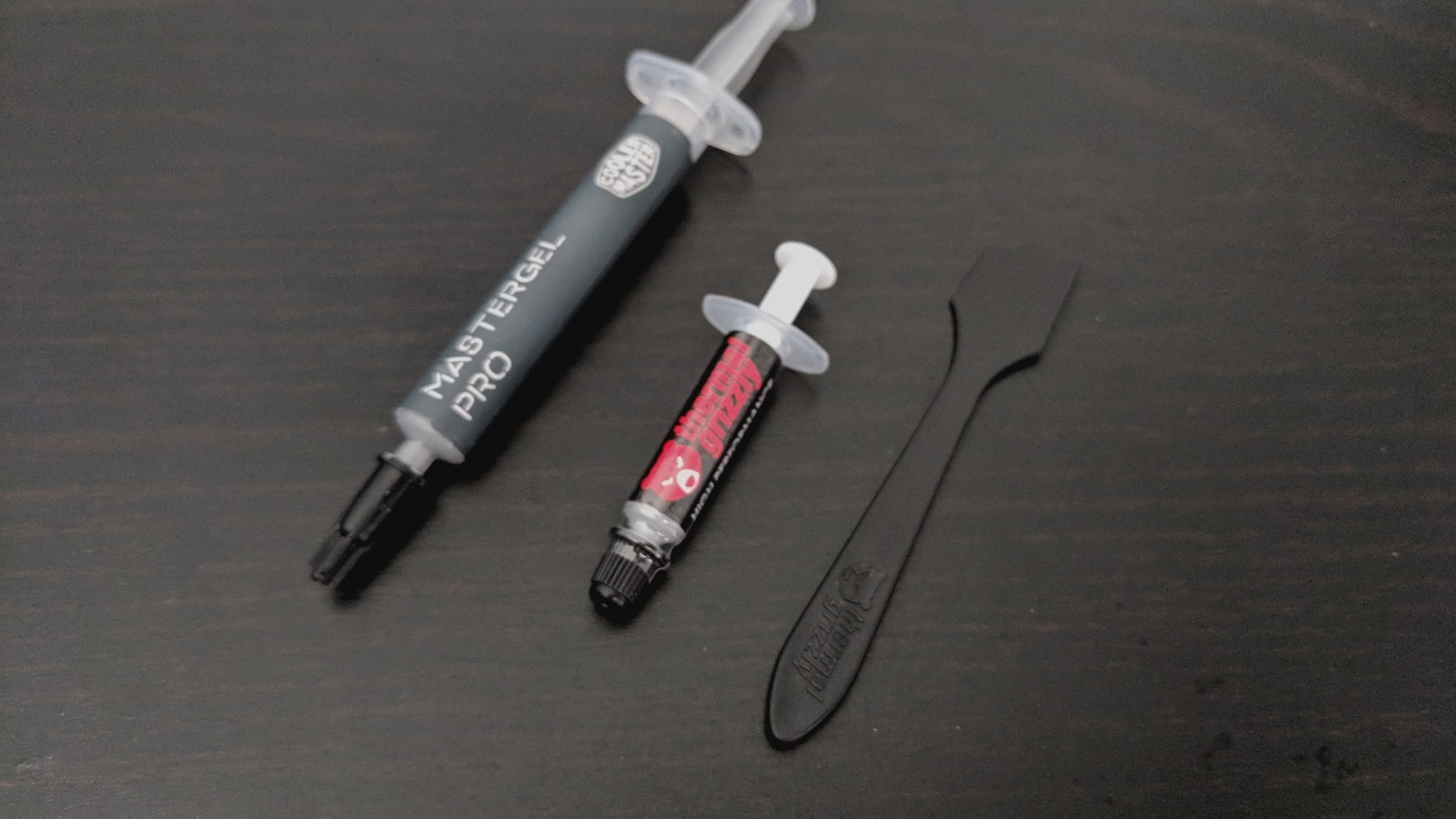 The application process is easier than Coolermaster - I couldn’t get ThermalGel to properly applied evenly on processor core, so I would always end up putting a drop and finish off. With Kryonaut, I can have it applied evenly covering all the core surface. 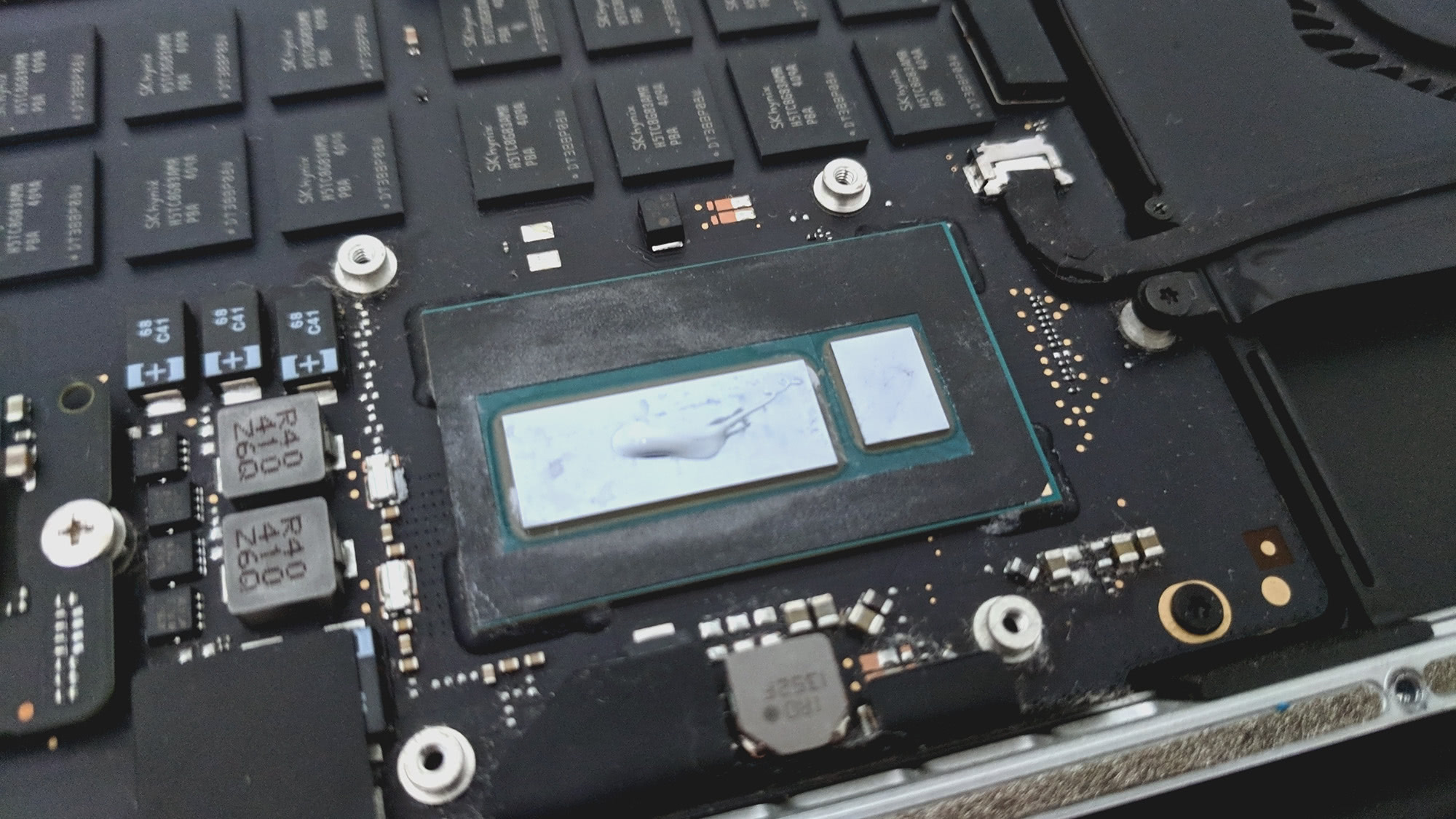 Do note that thermal grease does have a lifespan before require changing, but that’s mostly a good practice anyway. Some people prefer to repasting it annually, but personally I would advice do it as you see fit.